Society for Microbial Ecology and Disease

Society for Microbial Ecology and Disease

Welcome to the Society for Microbial Ecology and Disease (SOMED)

Any person interested in intestinal microbial ecology and its relation to health and disease shall be eligible for election to membership.

Associate members shall pay lesser dues than full members and shall have all the privileges of members expect that they may not vote, hold office, or sponsor a nonmember paper. The category of associate member shall be limited to the following: a. Graduate and professional students b. Post - doctoral fellows c. Undergraduate students of biological and medical sciences

The business and activities of the Association shall be managed by an elected Executive Council. This Executive Council shall consist of eleven (11) members, including the President elect, President, Immediate Past President, the Secretary, the Treasurer and six Councilors.

The officers of the Society shall be President, President Elect (Vice- President), Secretary, Treasurer and other officers designated by the Executive Council.

Fill in the application form to become a Regular member, a Student member, or a Corporate member of SOMED. Applications are accepted at any time throughout the year.

Abstract Templates should be submitted to somed@somed.nu SOMED INVITATION

Probiotics are nonpathogenic live microorganism that can provide a diverse health benefits on the host. Prebiotics is a non-digestible fiber compounds that induce the growth or activity of microorganisms. Taking probiotics plus prebiotics could bring diverse types of health benefits. Probiotics are consumed in diverse ways including dairy product, food supplements and functional foods with specific health claims. Recently, many reports suggest that certain probiotic strains or multi strain mixture have potent immunomodulatory activity in diverse disorders including allergic asthma, atopic dermatitis and rheumatoid arthritis. However some of the probiotic strains have an adverse effect on people with underlying health problems or immuno-compromised individuals. In addition, however, efficacy of probiotic administration is quite different depending on the type of strains and the amounts of doses and underlying mechanism of action is still unclear. 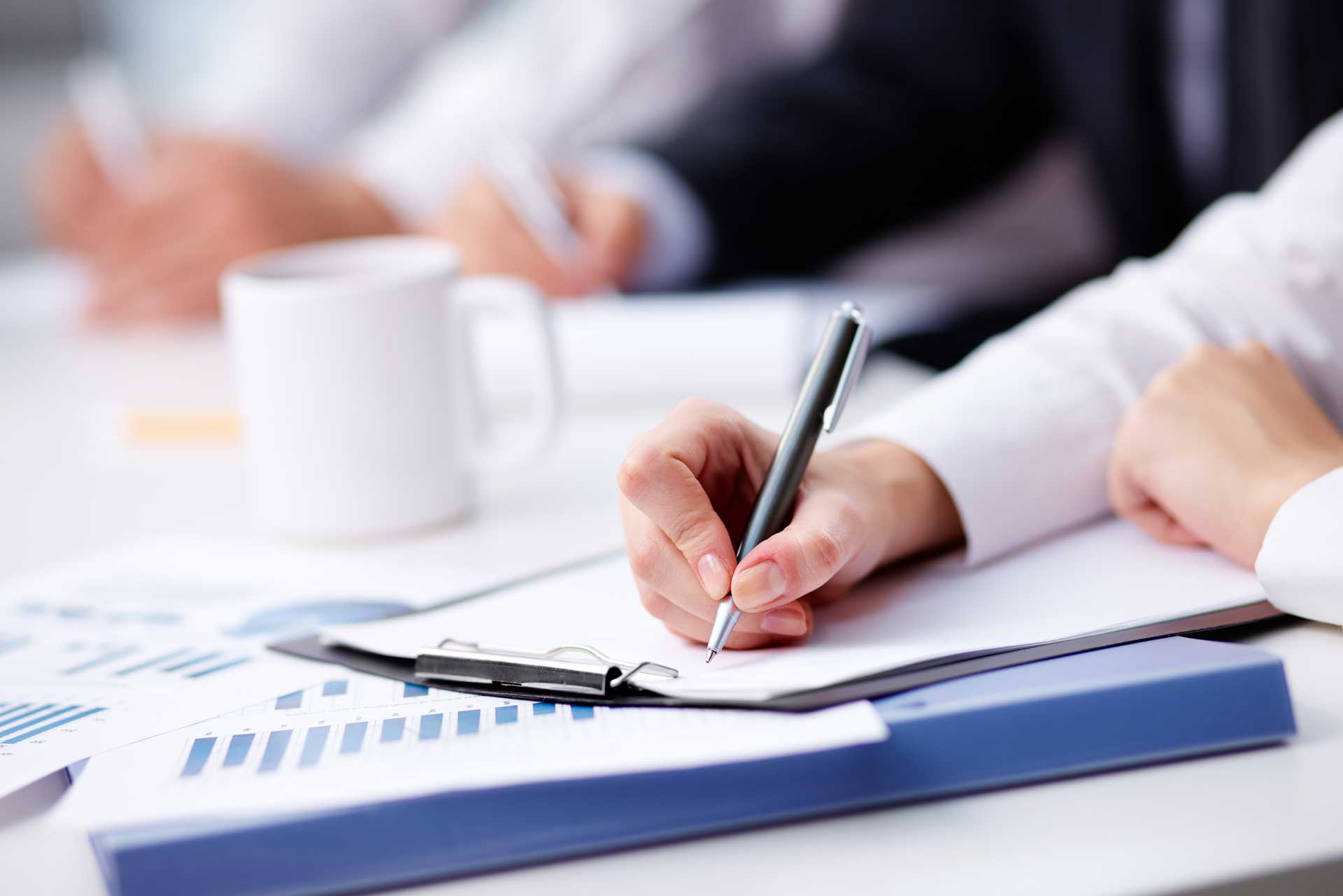 By attending the International Scientific Conference on Probiotics, Prebiotics, Gut Microbiota and Health - IPC2019, you will have a chance to expand your ideas on recent advances made in the science of probiotics, highlighting their current and future roles in maintaining health and preventing diseases. The next IPC will be held during 17th - 20th June 2019 in Prague Congress Centre, Czech Republic.

This newsletter will bring you up to date with all the latest news within the SOMED. You can read our latest newsletter in PDF format by clicking here. 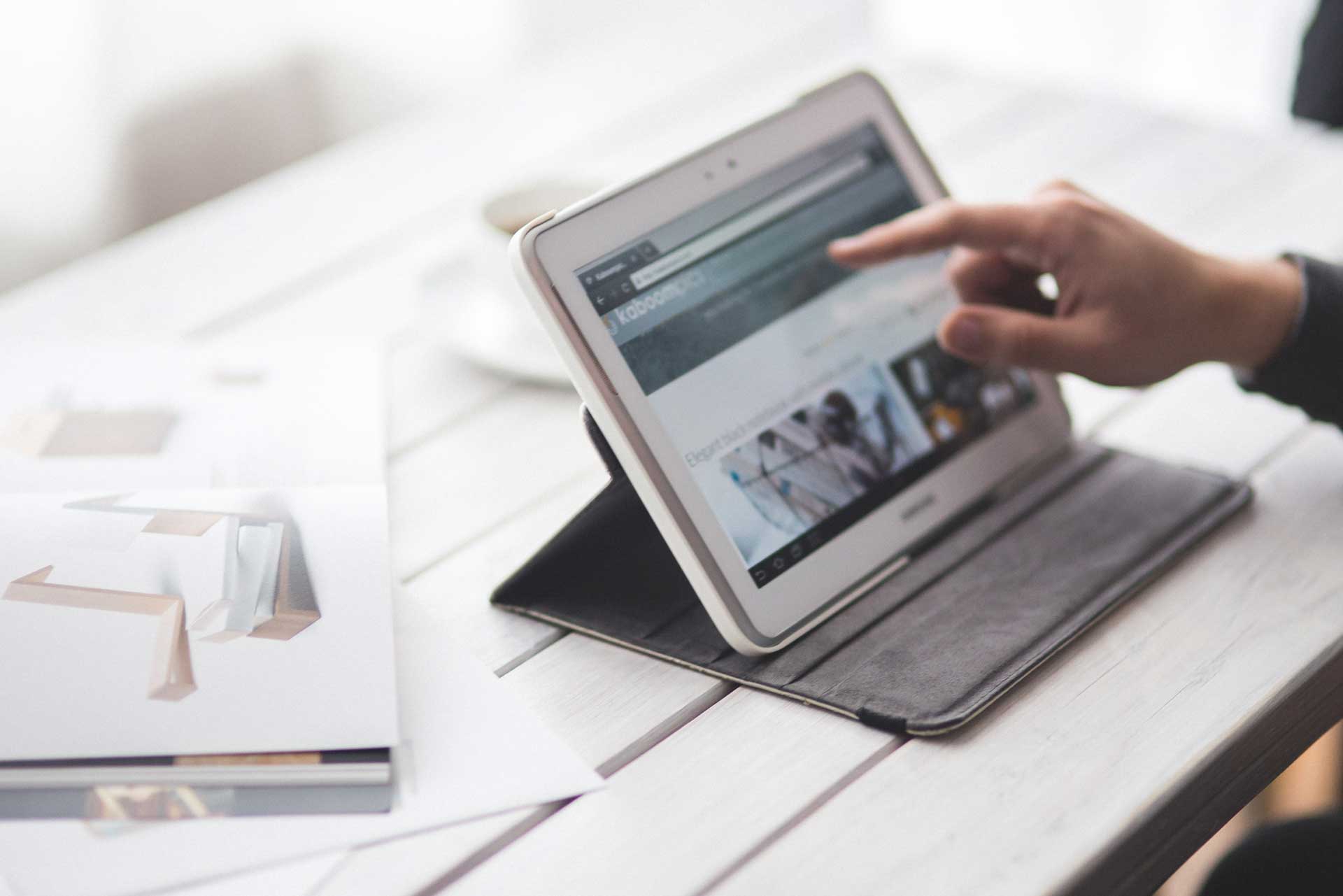 Dear colleagues, It is indeed a great honour and privilege for me to assume the role of President of SOMED. I would like to thank all of you for your support and for giving me the opportunity to have this prominent role... 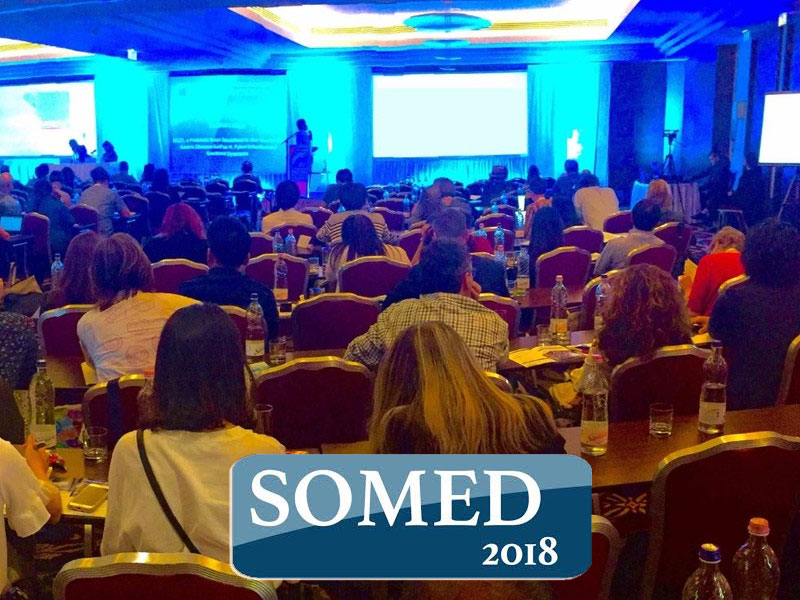 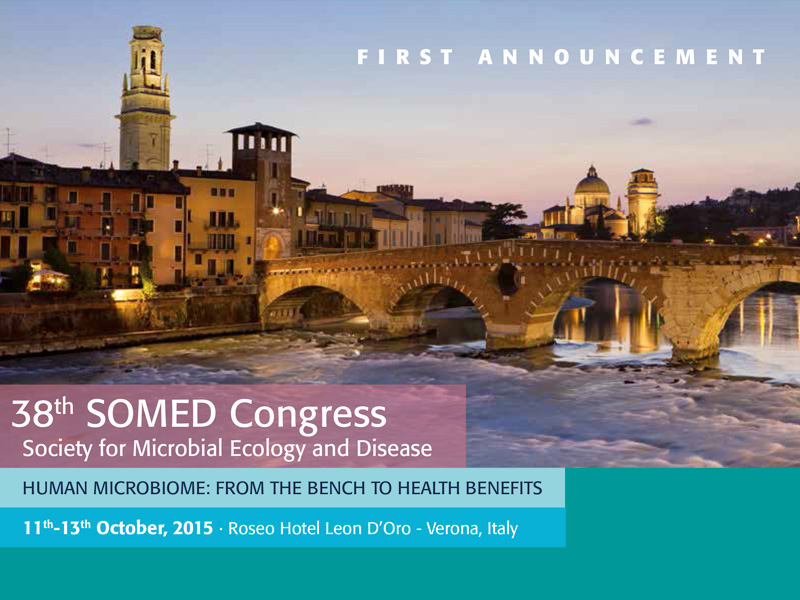 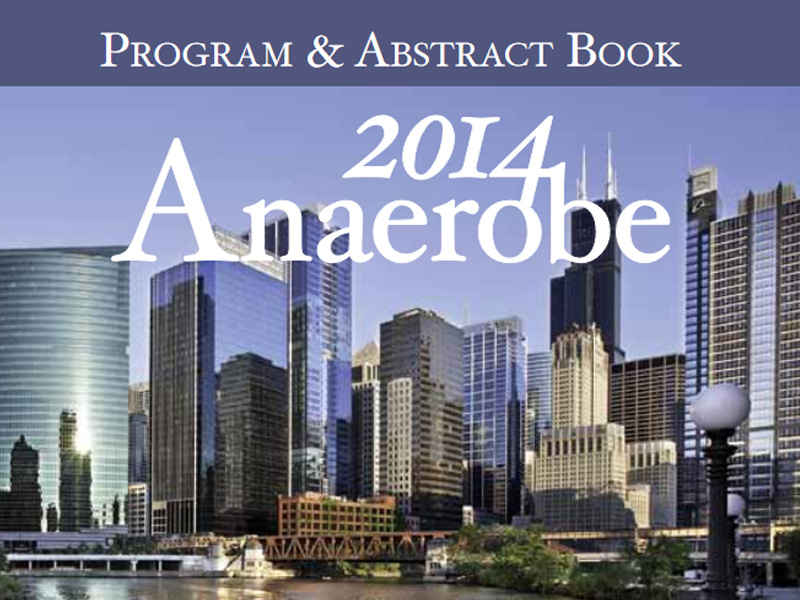 Photo Gallery of Our Events

The scientific community of Society for Microbial Ecology in Health and Disease (SOMED) suffers a big and important loss. Professor Boris Arkadjevich SHENDEROF has passed away only 5 days before his jubilee – the 80th birthday. We remember him as a true scientist with wide interests, encyclopedic knowledge in microbiology, immunology and biochemistry who also possessed experimental and clinical skills. At our future conferences we will miss the loud voice of a brave man always starting exciting discussions either on some regrettably forgotten or novel scientific trends. He never failed to appreciate original ideas or incite people to give talks on conferences organized by him in Russia. We all have vivid memories of his kind and magnanimous nature.

B.A. SHENDEROV graduated from the Medical Institute of Saratov in 1964. He defended the degree of doctor of medical sciences ten years later. In the USSR it usually took some 25 years of research to reach this landmark. In 1979 he started as professor of microbiology, inspiring numerous students and showing remarkable talent as a chairman of many organizations and institutions both in the USSR and later in Russia. In 1989-1994 Boris Shenderov served as director of Scientific Institute of Microbiology and Epidemiology on the control of the safety of products in Russia. The institute was blossoming despite the difficult economic conditions in Russia after the collapse of the Soviet Union. As he once put it himself, “I feel in a right place, it has given us the wings to fly.” Boris A. Shenderov introduced and explored several possibilities of free innovative research and production of healthy food. His wide knowledge of different medical subjects determined his success. In 2000 he gained the professorship of the technology of food production at the M. Lomonossov National University of Moscow. This is the leading scientific and educational institution in Russia until this day. He worked there till his death in December 2020.

Professor Shenderov pursued various kinds of scientific interests and published research in hundreds of research papers and books. His publications were often quite similar to the style of theoretical physics if such a branch could be accepted in biomedicine and medicine. He was the unifier of molecular and clinical microbial ecology, with interests in the genetics and epigenetics of bacteria. He organized the first possibilities for auto transplantation of the persons’ own extracted and frozen fecal enema, elaboration of probiotics and metabiotics, functional nutrition.
In the last years he coauthored several publications on the gut-brain axis and the role of metabolites of microorganisms as neuro mediators in psychiatric pathologies and during one’s life arc.

Professor SHENDEROV was a fine human being who was greatly devoted to his colleagues, friends, lovely wife, daughter Julia and grandson Dmitry. The memory of BORIS ARKAGIJEVITCH is very dear to us.

On behalf of the SOMED Society, 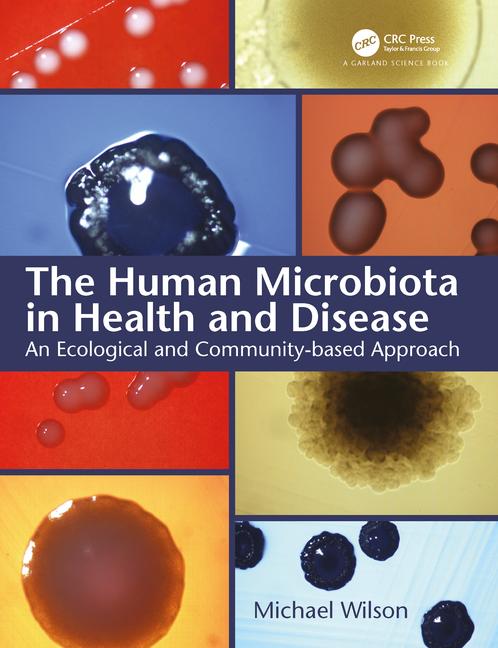 The Human Microbiota in Health and Disease: An Ecological and Community-based Approach

A human being consists of a mammalian component and a multiplicity of microbes, collectively referred to as the “microbiota” or “microbiome,” with which it has a symbiotic relationship. The microbiota is comprised of a variety of communities, the composition of each being dependent on the body site it inhabits. This community variation arises because the numerous locations on a human being provide very different environments, each of which favors the establishment of a distinct microbial community. Each community consists of bacteria, fungi and viruses with, in some cases, archaea and/or protozoa.

We are just one button away
contact us here

SOMED is a non-profit scientific society officially founded in 1988 but with forerunners dating back to the mid 1970’s. The society invites all researchers with an interest in human microbial ecology to become a member. 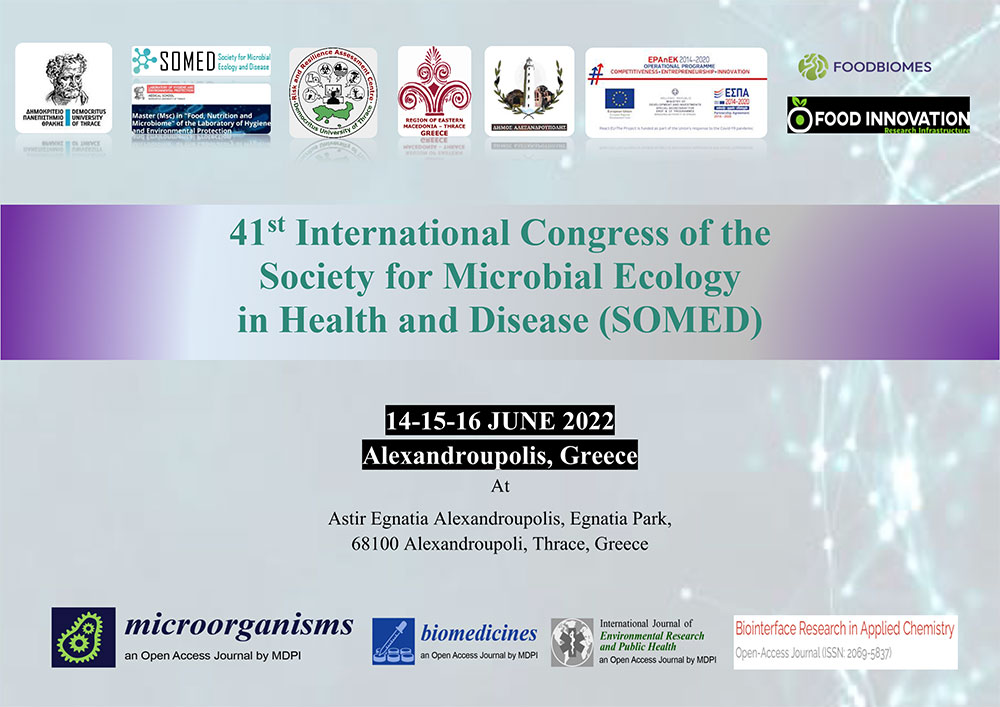